Maria Sharapova today appointed Sven Groeneveld as her new coach. Maria Sharapova who has been out of action from the Tennis arena since August, 2013 because of a right shoulder bursitis that has been causing problem to her since Wimbledon, 2013. 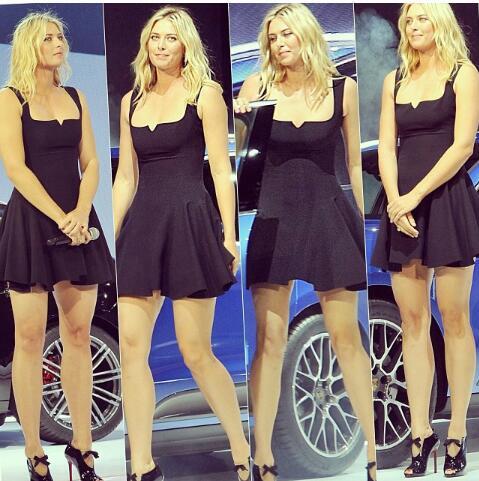 Maria Sharapova last played a competitive match at Western & Southern Open in Cincinnati where in she lost to Sloane Stephens & that lead to the dismissal of Jimmy Connors who was appointed as her coach on 15th July, 2013.

Who is Sven Groeneveld?

Sven Groeneveld in picture above is a Tennis coach from Netherlands who has coached former grand slam champs including Monica Seles, Mary Pierce & Ana Ivanovic

Sven Groeneveld was born on 22nd July, 1965. He became a Tennis professional at the age of 19, but couldn’t achieve much success & his highest singles ranking was 826 & highest doubles ranking was 837 in 1986.

So, he decided to quit the game in 1989 & decided to make Tennis coaching as his main profession & that move changed his life for ever & gave him wide spread recognition in the entire Tennis world.

His first accomplishment as a coach was Monica Seles winning the Australian Open title in 1992.

In 1993, he coached Aranxta Sanches Vicario who went on to reach finals of Australian Open & US Open that year.

He then coached Mary Pierce from late 1993 to October, 1995. During that period, Mary Pierce reached the finals of Roland Garros in 1994 & won the Australian Open title in 1995.

After that, he joined as a coach of Michael Stich & helped Stich reached his 1st ever French Open final in 1996. Stich had a terrible injury in 1995 at Vienna.

In 1997, Sven joined the Swiss Tennis Federation & worked with Roger Federer who was 16 year old then. Roger Federer then went on to win the Wimbledon Junior title in 1998.

From 1998 to 2000, Sven worked with Greg Rusedski & during his tenure as a coach, Greg became the first Britisher to win an ATP masters Title. They were separated after Greg’s 1st round in the Wimbledon in 2000.

Sven later re-joined Greg Rusedski in November 2001 & was with his coach for the whole 2002 season.

After that, he coached Natalie Dechy from September, 2004 to December, 2005. During that period, Dechy reached semi-final of Australian Open, 2005.

In 2006 October, Sven Groeneveld signed a 7 year contract with Adidas for Adidas performance programme in which he trained many young players sponsored by Adidas.

During this period, he worked with Sania Mirza in 2008 & helped, Ana Ivanovic win her first ever grand slam at the  2008 French Open.

Caroline Wozniacki (Sven had a great role to play in her rise to No. 1 WTA ranking).

Laura Robson: It is said that Sven Groeneveld was the first to spot Laura Robson at the age of 10 & called her a future star on first sight.

and Today on 21st November, 2013, Maria Sharapova announced that she has appointed Sven Groeneveld as her new coach.

So, here’s wishing Sharapova & Sven Groeneveld all the best for the upcoming season.

For more such articles, see our Tennis site right here.